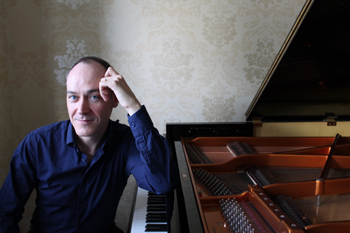 His repertoire ranges widely but he is especially known for his interpretation of Mozart’s concertos and sonatas. His recital focuses on the Viennese classics, with music by Haydn, Mozart and Schubert.

First comes a sonata by Haydn, distinguished by its elaborate slow movement. This is followed by a very fine Mozart rondo and the so-called ‘trumpet’ sonata. The concert closes with Schubert’s sonata in A, written at the end of the composer’s very short life and one of his finest pieces.